Re proposals about using CCTV in ambulances

I apologise if you find the tone of this letter inappropriate, but I find what I am having to respond to in the contents of this document I was reviewing for work, ‘inappropriate’. I assure you my views are considered.

Every week, I sit in various meetings with people such as yourselves, who have the power to change things, and I ask the same question, “How do we know autistic people and people with learning disabilities in long term segregation are safe?”. Every week, I watch people roll their eyes, ignore me or give me a half smile.

This morning I got a message from a friend of mine who is in long term segregation. There are almost 100 people in long term segregation. The person concerned has been there over a year – in a room, with only a mattress. The person is watched 24/7 on CCTV. They hate the CCTV. They see it as breach of their Article 8 right to privacy. They are right. It does breach their rights, but, for some reason, CQC allow it.

Anyway, I am assured that this person is safe. But this morning I find out they aren’t safe, exactly as I have told you, time and time again. They’ve been subject to sexual abuse for the last eight months! Eight long, horrifying months of abuse!

Guess how much of it was caught on CCTV? None of it!

Now this isn’t surprising is it?! Whorlton Hall had CCTV in it. Many units I was in had CCTV. The only thing that CCTV was ever used for was to criminalise. CCTV criminalised my friend – it didn’t save them from abuse. Instead it abused them.

And now I find you plan to ‘watch and record’ us while we travel in an ambulance when we are at our most vulnerable. How would you like to be recorded, for everyone to see, when you are at your worst?

You see last week, I read a document about changes to ambulance transfers to make them better… one of the main solutions was to record us on CCTV. What a joke that draft document is.  Here’s why.

First of all, I’d like people to stop talking about me/us like we are a parcel out for delivery. Change the language to reflect the fact we are human.

Second, there is nothing in the document about how autism or learning disability will be considered or supported. We make up a huge amount of the population of inpatient services. We spend the most time in hospital – usually more than 5 years. We are often transported hundreds of miles away from home. Why haven’t we been considered?

I was transferred probably more than 50 times. I have had to sit in a cage in those ambulances. I felt like a dog being taken to a dog pound. My legs were tied together, my hands cuffed behind my back, trying desperately to remain seated on a narrow, wooden bench, no seat belt. I’ve had to shit myself and piss myself and then sit in it for hours because you wouldn’t stop for me to go to the toilet. I had to sit with a bright light shining on me, cage rattling up the motorway experiencing the most awful and painful sensory overload because you didn’t consider my autistic needs, let alone my human needs. AND NOW IT IS SUGGESTED THAT THIS BE RECORDED ON CCTV? Seriously.

Yes people! The NHS and CQC want to install CCTV in ambulances! They want to record what I’ve just described. Apparently, the CCTV is being installed for our own safety. It didn’t keep me safe, it didn’t keep my friend who has been locked in a room for a year safe.

What will happen is that the CCTV will be used to threaten us and criminalise us. My friend above has been criminalised, but their abuse went unnoticed. When they, or I, or you kick off because we have been subjected to inhumane and degrading treatment (in our most vulnerable moments), staff can call the police and show them what bad people we are on the CCTV. And even more, when the CQC come calling, staff can show them some contrived scenes especially acted out for the benefit of CCTV that show what lovely, caring people staff are.

CCTV is not the answer to stopping abuse. The answer is paying the work force properly. Putting in place actual trauma informed care and services. Supporting people in their own homes. Treating people with dignity and respect.

CCTV is a breach of our human rights. Full stop. Let’s not legislate to further breach our rights!

We already have a reduced ability to advocate and challenge the system. If you are worried about patient safety then know that CCTV will only increase the power differential.

I appreciate CCTV feels like an easy fix. However, let’s start from the position of people’s human rights. Then it’s really clear that the addition of CCTV in ambulances is diluting rights.  It can’t possibly pass the proportionality test: is it lawful, legitimate, proportionate?

Please don’t put CCTV in ambulances. Kindly review how it is used – and abused – everywhere else.

Let me finish by asking you 3 questions:

How can this guidance justify CCTV as the least restrictive option?

What other alternatives that don’t breach peoples’ rights have been considered?

Why aren’t other alternatives mentioned/used?

Ian and Claire, Rightfullives would really appreciate a meeting to discuss this. We have some insights which we feel are important and need to be considered. 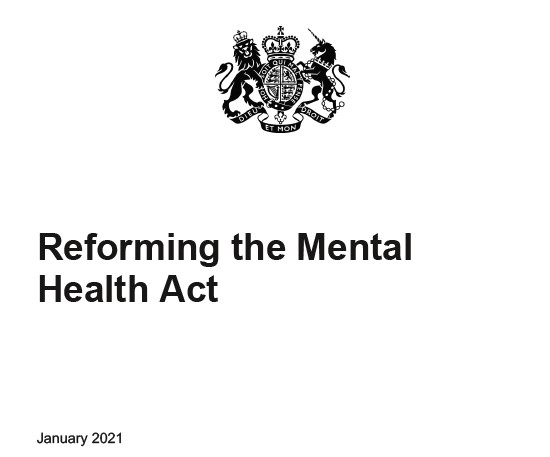 We welcome the fact that autism and learning disabilities will no longer be seen as conditions that can be treated. END_OF_DOCUMENT_TOKEN_TO_BE_REPLACED

We were sent this anonymously and feel obliged to share…an object lesson in how to say everything and do nothing. END_OF_DOCUMENT_TOKEN_TO_BE_REPLACED 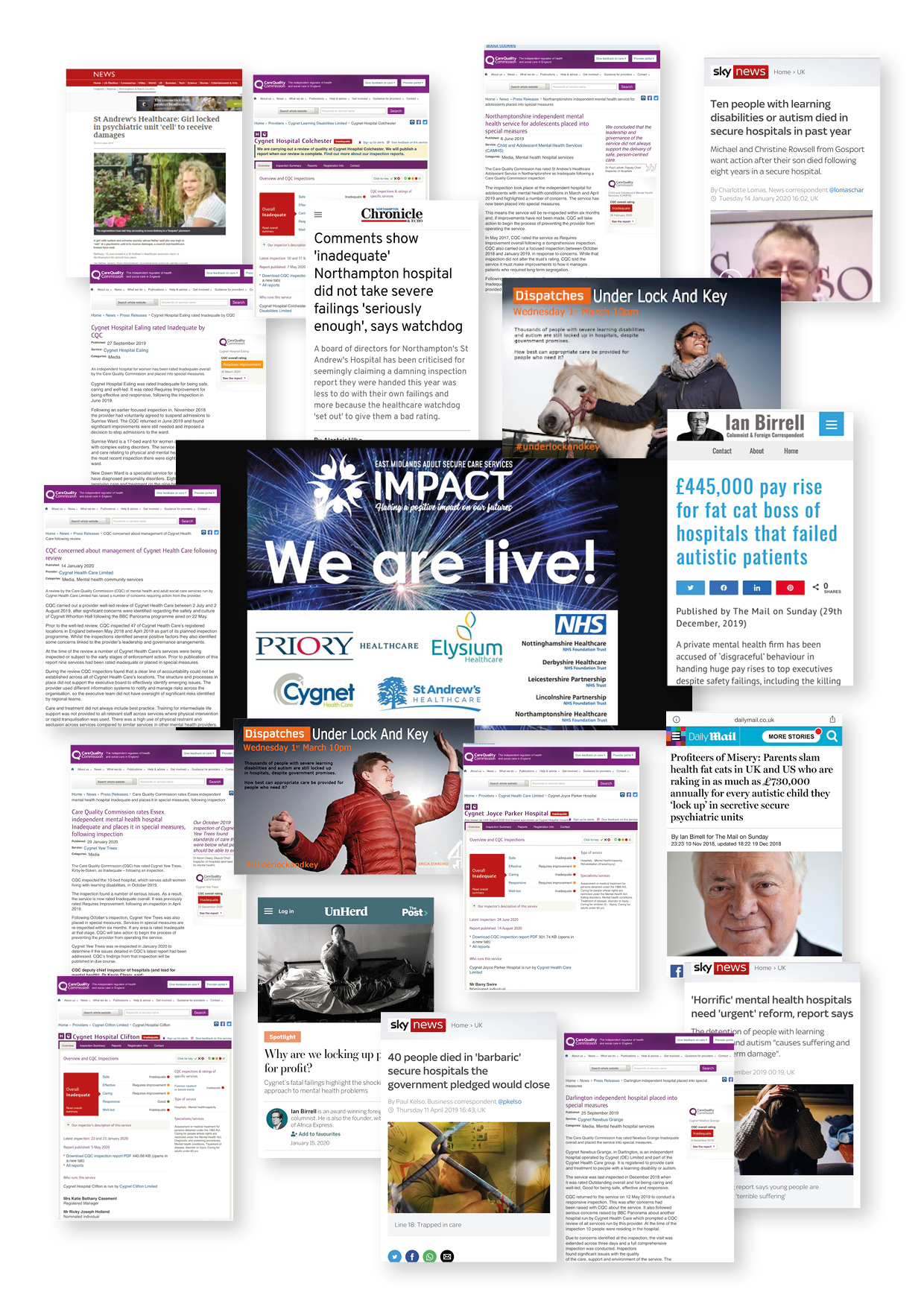 Our letter to NHSE/I regarding IMPACT East Midland Provider Collaborative. If you would like to co-sign this letter, please send us a comment using the contact tab above or send us a message on Facebook/Twitter or email campaigns@rightfullives.net. END_OF_DOCUMENT_TOKEN_TO_BE_REPLACED 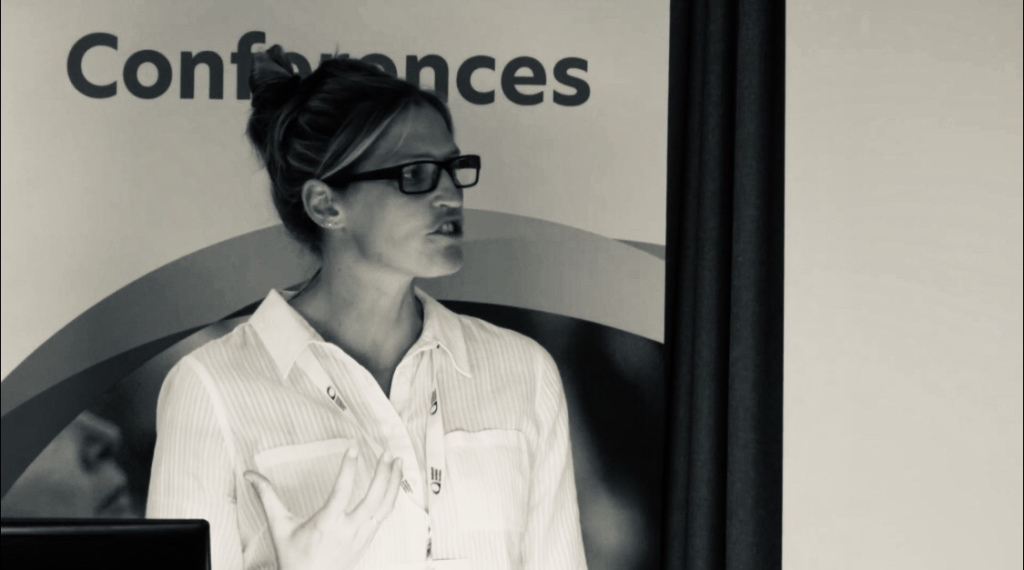 Today I’m pissed off with your bollox inspecting and reporting and I thought I’d let you know why. END_OF_DOCUMENT_TOKEN_TO_BE_REPLACED 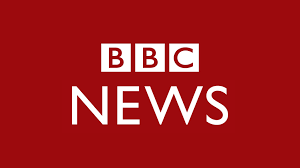 Yesterday morning, the lead story on BBC Breakfast and on the BBC website was about the terrible incident at the Tate Modern Gallery in 2019. END_OF_DOCUMENT_TOKEN_TO_BE_REPLACED 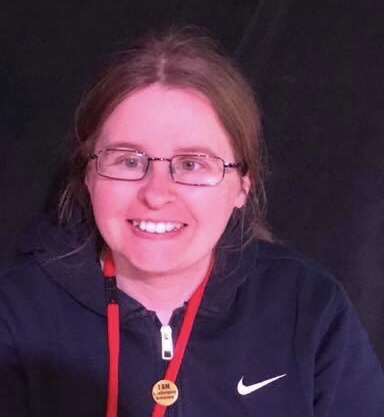 A guest blog by Jenny Carter